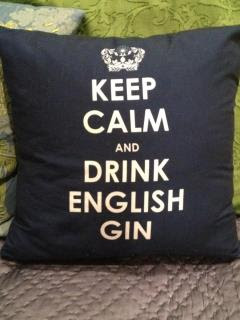 Recently, the Financier and I were discussing the problem of developing a sophisticated palate: you no longer tolerate mediocrity. Call it the “ignorance is bliss” syndrome of having good taste. Whether it be the first time that you slip on a bespoke suit (thank you, Edward III, for ruining all other suits in my closet), strap on a Panerai Luminor 8 Days GMT, or sip a cocktail made by a real master of the craft, suddenly all lesser items seem just that—less.

The conversation started off as a discussion of a dilemma that we have found ourselves in, that being that we cannot find a good Old Fashioned or Manhattan at most hotel or airport bars (or, in one instance, at the bar at the Oak Room, which led me to jump behind the bar and stir my own), despite their simplicity and ubiquitous appearance on most cocktail menus and bar books [see my recent post on Manhattans for my experience at the Westin D.C.].  Therefore, when travelling, we usually find ourselves ordering the most top shelf bourbon available on the rocks and, given the hopefully generous pour, becoming more of a dipsomaniac than intended when we first sat.

Thankfully, the conversation quickly turned to reminiscing about the time that we jetsetted to London for the weekend and quickly discovered gin cocktails made in a way that is rare on this side of the pond (at least without asking for them).

I am of the mindset (shared by most, I presume) that European men dress with a sense of elegance and flair that is generally not duplicated in the States. Indeed, while in London, men proudly dress rakishly, and Italian men demonstrate sprezzatura as a proud part of their heritage, most men in the States do not. We are seen as “dandies,” “peacocks,” or deemed feminine if we show pride in our clothes or, God forbid, wear something that is tailored. But I believe that it is always better to stand out for being the best dressed in the room, rather than the slob, so I shamelessly take my cues from our brethren in the Old Country. Thus, upon landing at Heathrow, I almost immediately set my sights on Jermyn Street, a street unlike any other.

I was like a kid in a candy shop: buying shirts from Turnbull & Asser, brogues from John Lobb (although I now think that Crockett & Jones are a better purchase at almost 1/3 the price, so I acknowledge the splurge on my Lobbs), and leather goods from Dunhill.  I rationalized each purchase with an incorrect conversion of pounds to dollars and over-subtracted for VAT (but each purchase was significantly cheaper than back home by almost 50%). And it wasn’t until I was seated at the bar at the SoHo Hotel that the reality of my credit card bill began to set in, quickly followed by buyer’s remorse.

Thankfully, the bartender quickly realized I needed assistance and came over. I need to digress for a second and discuss an observation on mixologists in London. They are true professionals that not only take pride in their work, but enjoy sharing and discussing their trade with their “clients.” In fact, the mixologists at the SoHo bar were all “professionals” who had actually moved to London from other countries specifically to work “behind the stick.”

The bartender, after hearing about my buyer’s remorse, quickly remarked that Brits do three things great: tailoring, men’s shoes, and gin (Note: the Texan and I have thrown a fourth into the mix and believe that fish and chips in the UK just cannot be duplicated over here for whatever reason—we tend to over- or under-fry and/ or over-batter). I told him that I was not a big gin fan, and his remark was pointed: “You should try gin drinks from someone who takes pride in them.” He was right. In his hands, I was an immediate convert to gin.

The first drink that he made me was a Martinez¸ which has since become a standard in my rotation of cocktails. His recipe was:

While I agree that his cocktail was amazing, and I would never turn it down, I have recently discovered what I believe to be a more complex and flavorful version:

Note that the secret to these drinks is not only premium spirits, but fresh juices. It is very easy to cut a lime (or lemon) in half, squeeze them in a hand juicer, and strain them into a jar. This guy even carries his own juicer on his keys!! And the difference between that juice and a dusty bottle of Rose’s is. . .. well, if I have to tell you, then you are on the wrong blog. But I digress.

Finally, I was provided with a Casino Cocktail:

2 oz. Plymouth
1/4 tsp. Maraschino
1/4 tsp. lemon juice
2 dash bitters
Shaken over ice and strained into a coupe and garnished with a cherry

I have since come to realize that this cocktail is a riff on an Aviation (Mrs. Vivant's most recent favorite):

After trying these drinks, I got the point (well, after three drinks, I would have accepted almost anything): whether it is a cocktail, food, leather goods, clothes, or even ice cream, craftsmanship in the hand of a true artisan must be sampled at least once. And when one finally samples the pinnacle of something, it is hard to accept anything less--the perils of a refined palate. But it is a risk that I will gladly accept.