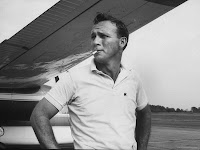 The best drinking advice ever given comes from Roger Sterling. When out on a business dinner, “you order a scotch rocks and water. You drink half of it until it turns see-through. You get another.” The point that Mad Men’s rake (compare his suits and three-point fold to Don’s, and Roger wins every time) was making is that a real gentleman is always in control.

Besides by not becoming a dipsomaniac, a gentleman can ensure that he is not faking his way through life by asking informative questions of those more knowledgeable than him. After all, as discussed in an earlier post, a true bon vivant soaks up the knowledge from the world around him in order to better appreciate it.  It is only by asking questions of those with the answers that you can soak up their information. And the more questions you ask, the more knowledgeable you become. It is for this reason that I love to discuss tailoring with well-healed haberdashers in order to learn about surgeon cuffs, fused vs. fully canvassed jacket construct, and what thread count really means. I interrogate chefs to learn about braising, searing, sauces, and semifreddo. I question menus that are foreign to me with waiters so that I can learn the differences between shabu shabu and pho.  I never miss the chance to discuss ‘cue with a pit master and learn the proper slow and low heat for a dry rub as opposed to a wet glaze.  And, of course, I seek out opportunities to depose the masters of the bar in order to learn new recipes, ingredients, and labels.  It is only by asking these questions that I gain the knowledge necessary to carry on conversations (as well as know how to act) in almost any social setting.

Indeed, it is the ignorant man who thinks that asking a question will make him seem the fool. I was recently told the following true story (by the man’s father no less) that illustrates this Chinese proverb. A bright law student was called back to interview with a "white shoe" law firm for a possible summer associate position.  After a few hours of interviews, one of the senior partners took the student to lunch. The partner ordered a cocktail. Perceiving that ordering a drink at lunch must be part of the firm culture and wanting to fit in, the student ordered a gin and tonic.  When the partner got to the bottom of his glass, he ordered another round, and the student followed suit with a second gin and tonic.  As the lunch went on, the partner ordered a third, as did the student.  By the end of the lunch, the student was visibly inebriated and slurring his words (not the best idea on a call-back interview).  The partner, however, was completely fine, not even the slightest hint of tipsiness.  The next day, while nursing a slight hangover, the law student wanted to see what exactly was in the partner’s cocktail.  Imagine his surprise when he realized what was in an Arnold Palmer. [Note: the student did not get the job.]

Had the student simply asked the partner what was in such a delicious sounding drink (and maybe even discussed The King’s greatest Master's victories) he would not only have learned about my father’s "go to drink," but he would have saved himself the trouble of continuing to hunt for a job and living down this story that will likely haunt him for the rest of his life. After all, he who asks a question is a fool for five minutes; he who does not ask a question remains a fool forever.